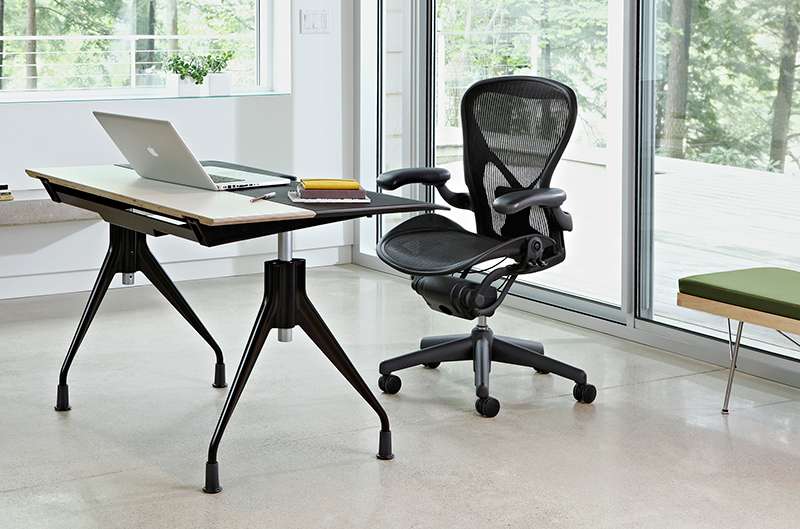 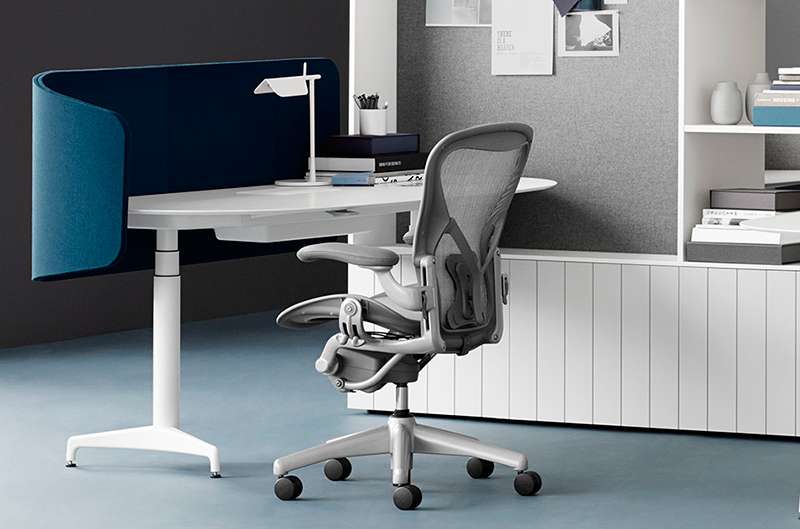 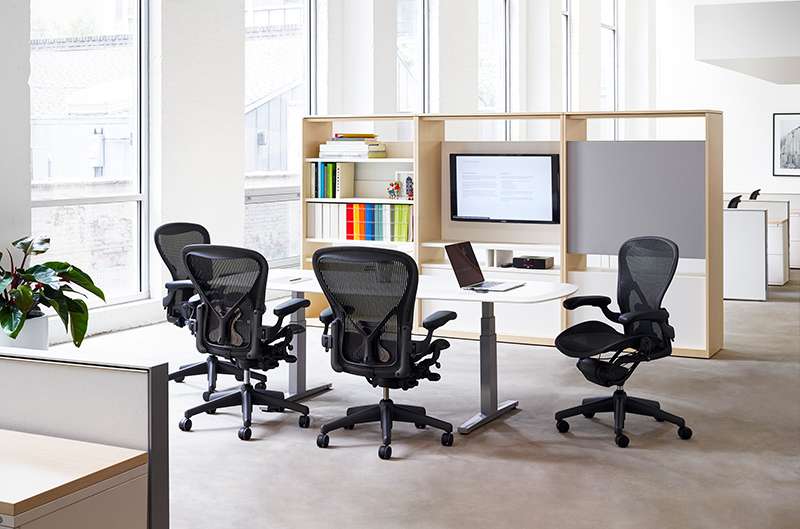 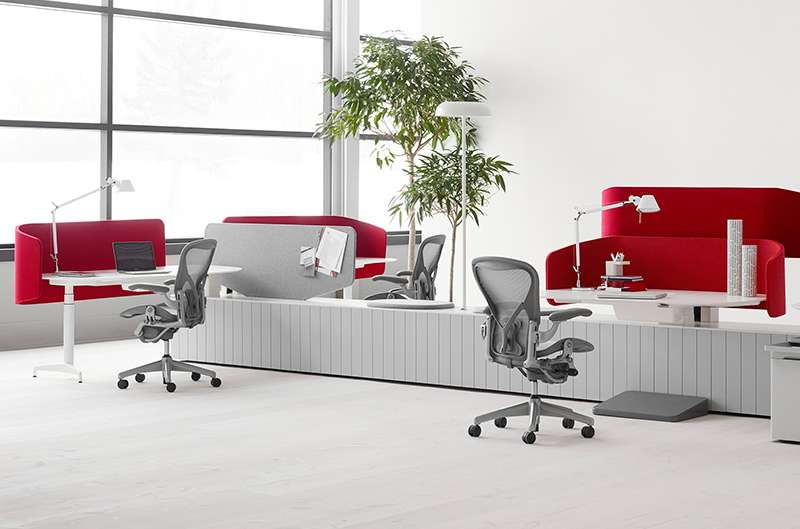 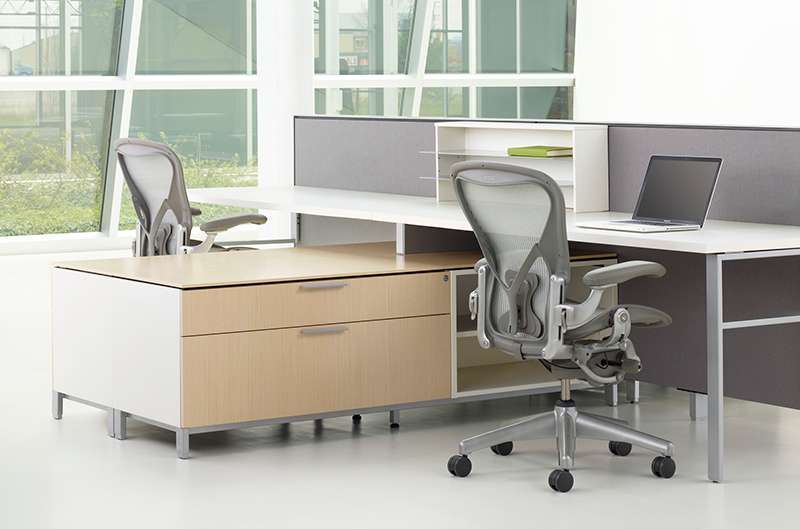 The Aeron Chair didn’t end up in the Museum of Modern Art’s permanent collection just because it looks cool. Although it does. Its looks are only the beginning. Aeron accommodates both the sitter and the environment. It adapts naturally to virtually every body, and it’s 94% recyclable. Even if it’s black, it’s green. Some designs defy imitation, and the Aeron chair is one of them.

Bill Stumpf, designer of the 1970s chair of the decade (Ergon) and Don Chadwick, designer of the 1980s chair of the decade (Equa) threw out all past notions of what an office chair should be and started from scratch. Concepts like why is it, for example, comfortable to lay in the sand or a hammock. Answer: Because they mold to the body shape each body of course being different. The chair was so different in its appearance that it almost did not get past Herman Millers own marketing department.