As the globe turned to a revolutionary presidential race and new innovations in the 1960s, Jules Seltzer continued to leave its mark on history, both in and out of the furniture industry. 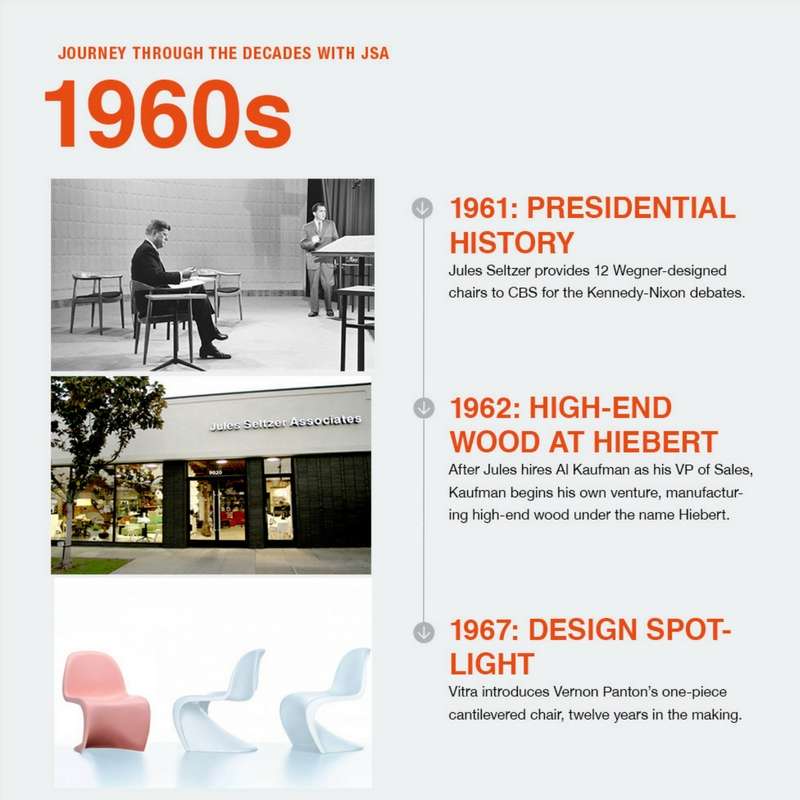 Perhaps one of the biggest milestones in television history, John F. Kennedy and Richard Nixon’s live on-screen debate changed the American electoral process forever. Jules Seltzer was proud to play a part by contributing 12 Wegner designed chairs to CBS for the debates. This subtle but sharp touch can still be relived with a quick search through the country’s most treasured photo archives.

Speaking of chairs, the 1960s were a period of intense innovation that resulted in pieces still considered timeless today. For example, after nine years in development, Vernon Panton’s one piece cantilevered chair was introduced by Vitra. It continues to be a favorite today.

Meanwhile, Jules Seltzer continued to spin its own history as Jules hired Al Kaufman to be his VP of Sales. While Kaufman would leave Jules Seltzer to own a high-end wood manufacturer called Hiebert, the two families would forever be intertwined.