Jules Seltzer’s story began in 1937, when our company’s namesake found himself struck by the beauty of a high back Windsor chair. The regal yet simple classic, still available and beloved today, inspired Jules to enter the furniture business with passion and a (major) pinch of family values. 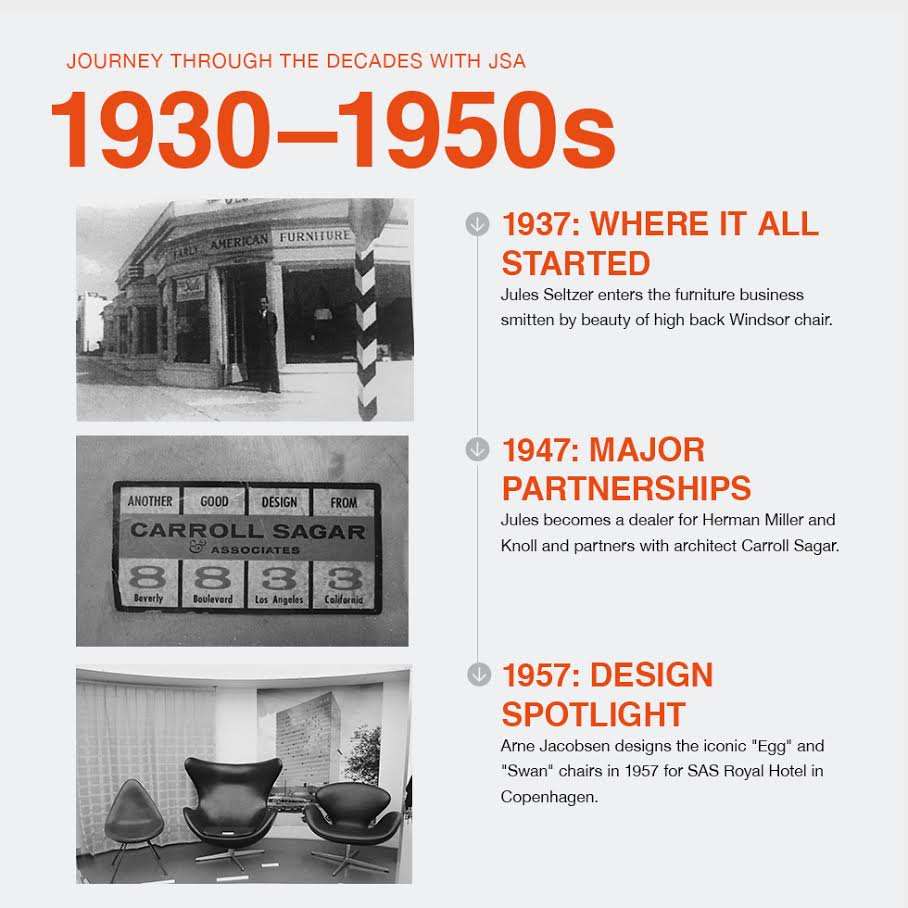 One decade later, Jules became a dealer for Herman Miller and Knoll, which remain among the world’s top modern manufacturers – and are still shared with customers at Jules Seltzer. Around the same time, Jules partnered with accomplished architect Carroll Sagar as the two continued to explore every aspect of their industry.

As Jules Seltzer’s family business continued to grow, so too did the innovation and artistry of manufacturers and designers. In 1957, Arne Jacobson cemented himself as an icon with the design of his “Egg” and “Swan” chairs for SAS Royal Hotel in Copenhagen. These pieces continue to captivate and comfort as they grace homes, landmarks and office spaces today.